By Justin WilliamsonDecember 11, 2018 No Comments 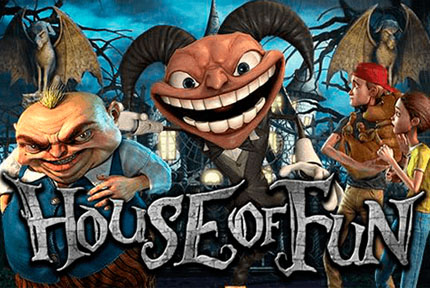 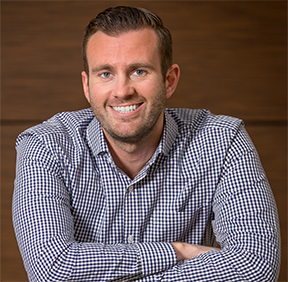 Betsoft are renowned for their impressive graphics, and House of Fun is a great example of their crazy genius at work. This House is full of weird and wonderful characters. However, as the video intro suggests, this is more like a house of horror than one of fun and games.

That video shows a couple (Paul and Jane) whose car breaks down forced to call to the House of Fun for assistance. A warning to ‘Beware’ from the odd-looking gardener gives you a clue that this is no normal residence. The characters that appear on the reels are those strange inhabitants.

The House of Fun slot was created in 2011 but it has not lost any of its energy or sparky wit in the meantime. It is a standard 5 x 3 reel game, but nothing else about this slot is normal.

There are 30 pay-lines in play here and a maximum jackpot of €112,500 which is certainly worth playing for. The return to player is not great though, being set at a fairly unexceptional 94.96%.

This is a medium variance game so expect to get reasonable wins on a regular basis.

Those symbols are a strange collection, including a cat, dwarf, gardener, mad hatter, portrait, candelabra, mirror, griffin and a creepy gentleman with the trick of digesting a fish whilst leaving the bones intact! Every winning line is followed by a mini-video of the character in question. This makes you want to reveal every winning line just to find out what tricks they get up to.

Paul and Jane (and their dog) are watching as the reels spin and recoil in terror every time one of the creepy characters goes into action.

In fact, there is a general creepiness and darkness about this game that goes above and beyond what most slot games offer. We also like the fact that there are lots of bonus games on offer here too.

There are no wild symbols in the House of Fun slot – this game is wild enough on its own – but there are three different bonus symbols. The first of these is the devilish door-knocker and when you find three of these anywhere on the reels you unlock the Escape bonus round. You are taken to a room with five doors and must choose which one to pick to help Paul and Jane get out of this horrible house.

In reality, you don’t want to find the exit too quickly, because behind the other doors is a frightening jack in the box which awards you cash prizes, scaring the cowardly couple along the way.

Scary Jack in the Box

The next bonus game is called Jack Free Spins. This one is unlocked when you find three or more Jack in the Box symbols. During your free spins, the center reel remains wild all the time, which opens the way to big cash wins.

The disappointing aspect of this bonus is that you only get 4 spins, limiting how much cash you can accumulate.

Mad as a Hatter

The final bonus is called the Mad Click Me Feature. As you may have guessed, this one features the loony Mad Hatter character. Find 3 or more of this character on the first three reels and the feature is unlocked. Now you get to keep clicking the screen to pick up cash prizes until you are told to Collect your winnings.

There are pros and cons to House of Fun, as with many slot games. The 3D graphics and animations are superbly done, as you would expect from a Betsoft game.

The game is soundtracked by suitably jittery music, which increases in volume as you spin those reels. If you get tired of that music there is also an off switch to remove it.

We don’t like to see an RTP of less than 95% for a slot game, and even though House of Fun is just a fraction below that figure it’s not a great return percentage. The animations may be great but after you’ve seen them a few times it just slows the gameplay down a little.

The fact that there are three different bonus games is most definitely a point in the positive column though. We certainly enjoy the little animations that go with these games since they don’t appear often enough to grow bored of them.

All in all, House of Fun is a decent slot machine with an unexceptional payout percentage of just under 95%.