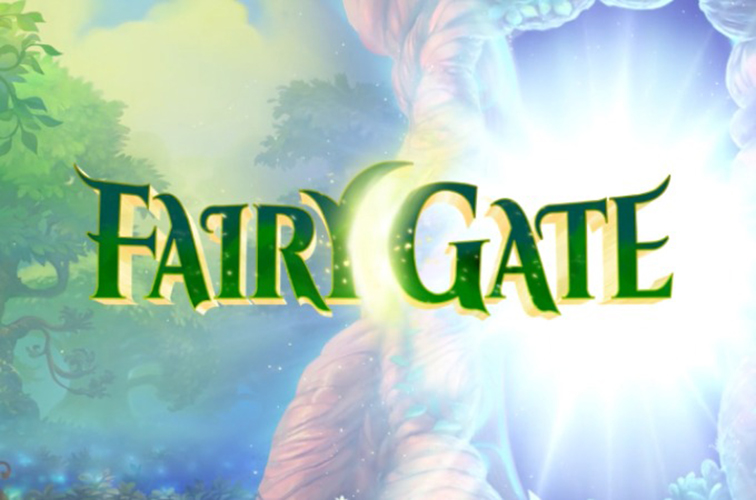 Fairy Gate from Quickspin opens the gate between this world and a world of enchantment and mystery. This brightly coloured slot from Quickspin hopes to bewitch and beguile gamers with its fairy charms.

Small stakes players will be happy to see the 20c minimum bet per spin but deep-pocketed slot gamers can ramp up the action to €100 a spin if they prefer. Use the Autoplay function to spin those reels for up to 1,000 times, and there is also a turbo button to speed up the spins for the less patient players.

This 5×3 format game from Quickspin has a juicy jackpot of 200,000. The return to players is a decent 96.66%, and as a medium variance game, you can expect reasonably frequent wins from this game.

There are 20 paylines to look out for, and these pay from the leftmost reel moving right, with a minimum of three matching symbols required.

Away with the Fairies

Leprechauns may be a more familiar fantastical creature when it comes to slot gaming, but there are still plenty of games featuring fairy folk as well.

Well of Wonders by Thunderkick and Lucky Fairy by Sigma Gaming are two that come to mind. Quickspin is one of the best game developers around, and they have adopted a sophisticated approach here.

The lower value symbols in Fairy Gate are the traditional playing cards from J to A. Along with these you have four stylized fairy characters in blue, green, pink and red colours to make them easy to tell apart.

Look out for the red one as it is the most valuable. The game takes place against a backdrop of an enchanted forest, and you can see the titular fairy gate in the trunk of an oak tree next to the reels.

Opening that gate is the key to success in this game, as we shall soon discover.

It’s not revealing any magical secrets to tell you that the fairy gate is the most important part of this game. After all, the clue is in the title. The gate can swing open at any time and after any spin.

When it does, the Fairy Wild Respin can help you to boost your winnings. The open gate reveals two extra spinning reels, populated by glowing orbs. These orbs contain between 2 and 5 wild symbols.

If the spinning reels stop on one of these, the wilds are released onto the main reels and there is a free respin. More wild symbols mean more wins for the player.

The fairy magic doesn’t stop there. If you can find three of the shimmering bonus globes on the reels, then Fairy Free Spins are unlocked. You will get ten free spins and here the fairy gate remains open all the time.

In effect, this means that your regular free spins will be boosted by extra wilds all the time, although this time there are no free respins.  Although the free spin round is certainly worth waiting for, you will be waiting for quite some time for those bonus scatters to appear.

The basic game is enlivened when the fairy gate randomly swings open, but otherwise, there is nothing too exciting about this slot game from Quickspin.

Enchanted by this Slot

Fairy Gate is a beautifully designed game, and in terms of the visuals and animations, it is hard to fault. Yet for some reason, this visually enchanting slot just hasn’t become a favourite with players.

The subject matter is not for everybody, and perhaps the style used here is too close to photo-realism to give a sense of fun, and without any standout characters that players can latch onto.

This slot was launched in 2017 but it failed to make much of an impression on the slot gaming world. Today you have about as much chance of catching a glimpse of a real-life fairy as finding this game in the lobby of your casino.

Okay, so that is a slight exaggeration as there are about 20 casinos still offering this game, like Casino.com and Casumo to name a couple of the more popular ones.

Although this game looks perfectly good, it is not one of Quickspin’s finest and they have certainly produced more memorable slot games than this one.